Imogen called in to visit me this morning, bringing a selection of goodies for morning tea. 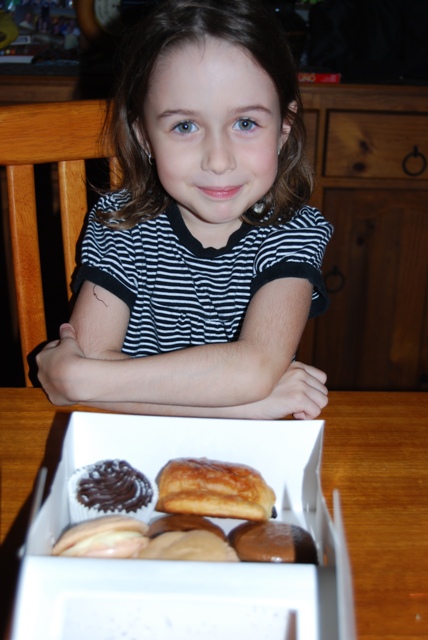 A new bakery has opened not far away and Imogen wanted me to taste a selection of Macarons so that we could have a vote and find out the family favourite. 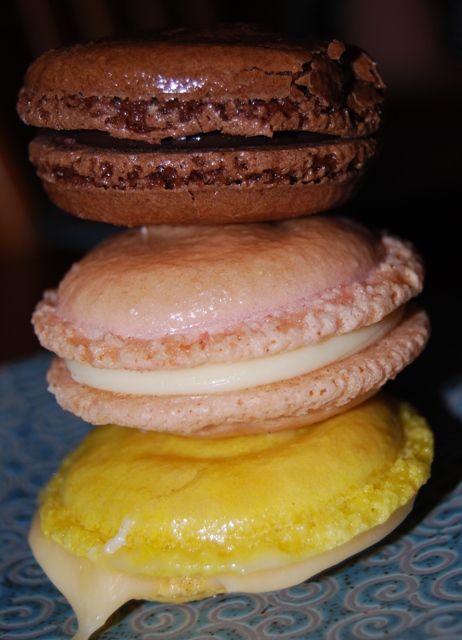 From the top – chocolate, raspberry, lemon.

I told Imogen that I would like to visit the bakery and see what else was available. She became very serious and offered me a cautionary tale…

Imogen: Well! Do not look at the cupcakes and think to yourself how delicious the pink icing will be when you taste it. I bought one and all that was on top was cream. Cream that was coloured PINK! And, I thought there was a yummy flower made of icing on the top of the cream. It turned out to be nothing but a marshmallow. I hate marshmallows.

You have now all been warned.

PS. For the record Lemon has been voted in as the favourite macaron of the family members present.